Can I Pay for that Whiskey with Dark Money? 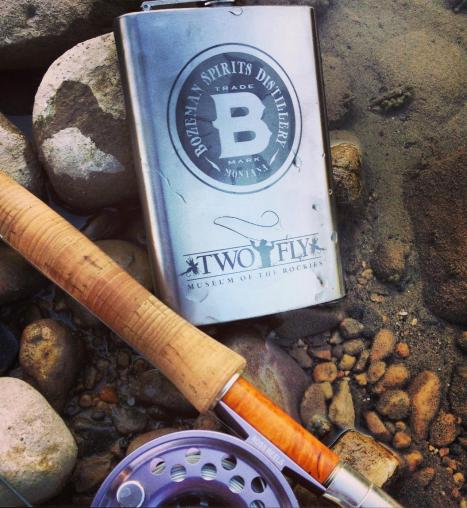 By Brent Zundel
For the Bozeman Magpie
August 25, 2013

Author’s Note: This article originally appeared in the Bozeman Magpie. Mr. Art Wittich did not respond to multiple requests for comment until after this piece was published. The piece below has been updated to reflect his statements.

In May, the Bozeman City Commission approved a conditional use permit that would allow Bozeman Spirits Distillery and Tasting Room to open at 121 West Main Street, the property previously occupied by Schnee’s, a footwear and outdoor clothing retailer. That would put the new distillery within Bozeman’s historic downtown, right next door to the landmark Baxter Hotel. Jim R. Harris, III, is the would-be proprietor of Bozeman Spirits, a man who’s lived in Bozeman for over two decades and helped co-found the popular Outside Bozeman magazine.

Brit Fontenot, Bozeman’s Directory of Economic Development, welcomed the potential addition of a microdistillery to downtown. Fontenot said that Bozeman Spirits could become “another unique asset” that would contribute to the “dynamism” of Bozeman’s highly praised downtown.

In July, Wittich’s firm filed in Gallatin County District Court on behalf of the Gallatin County Licensed Beverage Association, a coalition of county liquor license holders. This lawsuit, although targeted solely at the Bozeman Spirits Distillery, is the current flash point in a combustive hundred years of local and state politics over distilling alcohol and brewing beer in Montana, hinting at potential impacts that could reverberate for decades to come.

Bozeman Spirits’ West Main Street location falls into the City’s Downtown Business District, under a B-3 zoning designation which explicitly includes uses like a bar or restaurant, but the Gallatin County liquor license holders are arguing that the primary use of a microdistillery is manufacturing. The merits of that argument will likely be decided by a judge, but any decision should consider the expansive use of zoning laws embedded in this complaint.

As Fontenot explained, zoning laws are designed to protect property values and promote safety and general welfare. That’s why you wouldn’t plop a refinery down in the middle of a bunch of apartments: The risks to public health would diminish owners’ property values. Good zoning laws should protect value and prevent incidents like the tragic fertilizer plant explosion in regulation-averse Texas. While a clear benefit of good planning is that it can prohibit a toxic waste treatment center to be built next to an elementary school, the suit’s zoning-based complaint has, at best, an indirect shot at establishing a diminishment of property values.

Bozeman City Attorney Greg Sullivan said that, while the lawsuit has been filed, it has not been served to the City. He declined to comment further, but noted that the City Commission’s approval is valid until a court says otherwise.

A boilermaker of backstory

After the “noble” experiment with Prohibition wiped the slate clean, Montana lacked legal distilleries for over 70 years until lawmakers passed the 2005 Microdistillery Act. Former state representative Brady Wiseman (D-Bozeman) helped outline the landmark bill. Further legislation in 2007 allowed the creation of tasting rooms, and the tweaking of a liquor tax for products produced in-state in 2009 provided sufficient economic encouragement for the opening of RoughStock Distillery, the first distillery to produce in Montana in over 100 years. RoughStock opened on east side of Bozeman, and their distillery and tasting room are now based just south of Four Corners, Mont.

Much like their microbrewery cousins, microdistilleries today still face heavy regulation: They can serve each patron only 2 ounces of their distilled spirits — like whiskey, vodka and gin — and they must close by 8 p.m.

In 2001, the Gallatin Valley Tavern Association partnered with People for Responsible Government (PRG), a conservative group that, despite the name and a lot of flag-waving, is opposed to even the most mainstream forms of government. They view Social Security, healthcare and even the U.S. Postal Service as part of a “socialist movement” to bring about the “destruction of free America.” They’ve run ads in the Bozeman Daily Chronicle attacking local political candidates for — among many other charges — allegedly not supporting a free market system, contributing to the flight of businesses outside city limits, and subjugating their authority to others. An ad on October 17th and 21st, 2001, stated that PRG was “supported by the Gallatin Valley Tavern Association and others.”

The problem with these ads is that PRG, a for-profit corporation, ran some of them anonymously. Near the end of 2002, the Montana Commissioner of Political Practices Linda Vaughey concluded that the Gallatin Valley Tavern Association and People for Responsible Government “violated Montana’s campaign practices and campaign finance reporting and disclosure laws, and that a civil penalty action … is warranted.”

The Commissioner levied a fine of $10,000 — $9,500 of which was paid by the law firm of none other than Art Wittich, the lawyer retained by PRG and the tavern association. Wittich explained that the fine was paid out of a trust account, comprised of client funds.

Wittich and others at his firm did not return multiple requests for interview until after this article was originally published.

Wittich Law Firm has since made headlines for other apparently unscrupulous dealings. The Bozeman-based law firm represented American Tradition Partnership (ATP), one of the darkest of the “dark money” groups in Montana that has repeatedly violated state campaign finance laws and displayed a wanton disregard for public proceedings in their efforts to push an extreme conservative agenda. The Montana Secretary of State’s Office indicated that Wittich Law Firm was the registered agent for ATP from Nov. 30, 2011, until Feb. 8, 2013.

Wittich’s firm has also represented the United Property Owners of Montana, who for years have tried to fence off Montana’s public stream access laws.

During the 2013 Legislature, Art Wittich himself also made headlines as a member of the far-right conservative faction that seized power from moderate Republicans in what was described by insiders and state media as a “palace coup” (see sources at the bottom of this article). After assuming the seat of State Senate Majority Leader in January, Wittich repeatedly and publicly trashed members of his own party and, in doing so, personally contributed to a massive rift in the GOP that undermined the entire party’s effectiveness in the 2013 Montana State Legislature.

Legislative assaults up to the brim on microbreweries

The political attacks on microdistilleries are reminiscent of those that surfaced against microbreweries during the 2011 and 2013 legislative sessions.

A 2013 bill sponsored by Rep. Roger Hagan, R-Great Falls, would have crippled Montana’s burgeoning microbrewery industry by further regulating their sales on site to 40 percent of the beer they brew. Additionally, after a two-year transition period, the bill aimed to add again more regulation, stipulating that the breweries would be forced to buy prohibitively expensive liquor licenses, which routinely cost $1 million in big cities like Missoula and Billings.

After the debacle involving microbreweries during the 2011 and 2013 legislative sessions, Montanans shouldn’t be surprised that microdistilleries are getting splashed around — this is simply a rehash of the debate that foamed and frothed in Helena chambers just a few months ago. The argument, then as now, was that breweries and distilleries have unfair market advantages, despite the existing restrictions on serving size and business hours.

The current lawsuit against the City of Bozeman, technically called a “Complaint for Declaratory Relief,” must cite specific harm that the plaintiffs have suffered at the hands of the City; the complaint is rife with phrases like “equal enforcement” and argues that bars and taverns in the area will “lose revenue” to Bozeman Spirits and will have their liquor licenses “diluted in value.” It’s immediately obvious that the plaintiffs want more regulation and anything but market equality — they’ve labored to create obstacles for the brewing and distilling industries at seemingly every turn.

It’s almost a given that the fledgling microbreweries and microdistilleries will be attacked in the state legislative sessions for years to come, as organizations like the Montana Tavern Association, the Gallatin County Licensed Beverage Association — with the support of PRG and “hard-line” Republicans like Wittich — praise the “free” market while bludgeoning small businesses to insolvency with regulation and lawsuits.

Aren’t locally owned, community-focused businesses like microbreweries and microdistilleries exactly the type of enterprise for whom the State Senate Majority Leader and groups like PRG claim to be fighting?

Relating to the “palace coup”: