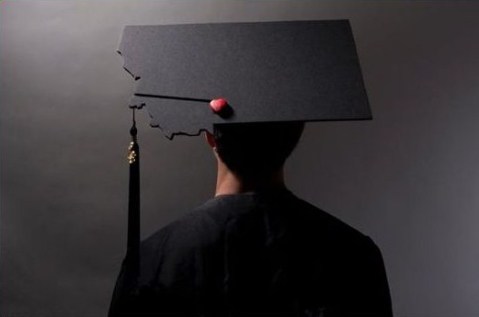 He just deferred a position with Teach For America (TFA) to accept an English teaching position in Germany with the Fulbright Program. His new fiancé is going to Germany with him — on a Fulbright of her own. They both graduated with high honors from the University of Montana in fall 2012.

By all accounts, Paul Asleson and Alice Krebill are exactly the type of people our state needs: intelligent, driven, successful and passionate about educating future generations. Asleson is a Billings native, Krebill is from Bozeman, and they both hope to return to Montana after teaching for a year in Germany and two more with TFA in Chicago.

The problem, they explain, is that there just aren’t many job openings for new teachers in the more desirable school districts in the state — not least of all for Asleson’s focus, German and Russian, or Krebill’s, German and English.

Openings in Bozeman and Missoula typically go to experienced teachers, so many recent graduates end up interviewing in small towns — like Glendive or Malta, where one of Asleson’s fellow graduates recently interviewed for a position. In addition to the other challenges associated with small-town living, many rural school districts offer only basic courses — often cutting art and foreign language programs — and pay significantly less than the already low statewide average, a paltry $27,000.

“I don’t want to take a job in a small Eastern Montana town, so I’m hoping to get some experience in Chicago and then hope to come back to Montana and find a position in a town like Bozeman or Missoula,” Asleson said.

Of the 30 or so students in Krebill’s English program, she knows of three or four who left for Wyoming, where oil revenue bumps starting salaries to over $43,000 — a whopping increase of 59 percent over Montana’s starting rates.

Many education majors, however, do stay in the state: From 2009 to 2011, between 65 and 75 percent of them pursued opportunities in Montana. Contrast that with a major like engineering, where the majority of students leave to work outside Montana after graduation. Perhaps, in some very nuanced ways, the flow of Montana graduates expands not only out of the state, but also into the rural sectors.

As the pulsing energy of graduation — full of excitement and exhaustion in a way only that event can be — envelops Bozeman, where will its newly minted graduates go? Or even potential out-of-state transplants looking for Montana’s wild beauty and quality of life? When they consider their futures, certainly the availability and quality of education rank at the top of their checklists.

But Montana proves to be a complicated beast in that regard. Despite the adage that college graduates might be the state’s best export, state funding of the university system has plummeted from 76 percent of MSU’s operating budget in 1984 to a meager 30 percent in 2011. Tuition has risen faster than inflation, yet, for many high school graduates from surrounding states, the out-of-state pricetag at MSU is still a better deal than in-state tuition in Oregon, Washington, Minnesota, California.

Much of the state brims with dedicated elementary, middle and high school teachers — yet even some of our best schools face enormous problems. For example, the state’s largest city, Billings, faces issues of community support.

All told, 93 elementary classrooms — nearly a quarter the entire district — are above the maximum number of students set by state accreditation limits. If voters reject a May 7 mill levy to hire more teachers, a full 109 classrooms will be overcrowded next year. Even if it’s approved, there will still be an estimated 54 oversized classrooms.

Billings hasn’t built a new school since 1989, when Skyview High School was constructed in the Heights, but in that same time, the population of Montana’s largest city has ballooned by nearly 20 percent. Voters have consistently failed to approve mill levies for the construction of much-needed new schools — even, in one case, when valuable land on the West End was donated to the city in 2007 for the explicit purpose of building an elementary school.

The situation rattled the Billings Gazette editorial board so much that they ran an unheard-of front page editorial in support of the teacher levy and another levy that would provide necessary technological upgrades across the district.

Many mill levy opponents cite bad blood from the fall 2002 teachers strike, in which the district’s 1,100 teachers struck over salaries and insurance. Others go on to disparage both teachers and School District 2 for their perceived greed.

The “there and back again” theme that flows through the veins of many Montana college graduates is not unique to only education. Bruce Zignego, an MSU professor in the Department of Mechanical & Industrial Engineering (M&IE), shared his story. A Miles City boy, he graduated from MSU with a bachelor’s degree in mechanical engineering in 1979. He wanted to work in the high tech field, so he ended up in Arizona, Colorado, Idaho, Italy, California and Washington over the next nearly one-third century.

As a research and development director for Hewlett-Packard — his second-to-last job before returning to Bozeman — he managed 200 engineers and an annual budget of $44 million. Then, after working for six months as vice president of product development for Foxconn, Zignego decided that “life was too short” to spend it working in a facility in Longhua, China, with a mind-boggling 300,000 other employees.

So he moved back to Bozeman. And started up a design and development firm and approached the M&IE department about teaching classes. Montana, he says, has more entrepreneurial spirit and opportunities than ever before. But if students don’t find what they are looking for, “they can always come back.”

“… Montana, with its beauty and its people, is without a doubt where I plan to live the rest of my life. For myself, I came home.” —MSU professor Bruce Zignego

When he used to return home to visit, every time his family passed the “Welcome to Montana” signs on the highway, he’d let out a “Montana Hoot” — a long, loud yeehaw. He’s traveled across almost every country in Europe, been to Japan over 30 times, and lived in Italy and across the U.S. But Montana — “with its beauty and its people” — is “without a doubt where I plan to live the rest of my life,” Zignego concluded. “For myself, I came home.”

As Krebill and Asleson contemplated their future together, they echoed many of each other’s thoughts. They both want to see the world, but have always planned to come back to Montana. Maybe it will take them five or six years to return, Krebill muses.

But first, they feel like they have to leave the state for a little while to find opportunities and experience. Some of those thoughts are certainly sparked by their own wanderlust, but some doubts are also due to the types of opportunities present in Montana.

How can we convince our graduates to develop their skills here? Montana must foster the strong, supportive communities and institutions that would not only help drive the state forward, but attract and retain hard-working, passionate individuals. In many ways, we do an admirable job of that. This is already a place where entire towns show up at graduation parties to celebrate one of their student’s achievements, sharing the successes of their native son or daughter as the smell of roasting brats and freshly cracked beers wafts through the yard.

But those towns — indeed the entire state — must work to translate that community-building into opportunities after graduation. Adequately funding both K-12 and higher education would be a start, as would paying teachers and professors closer to what they are worth.

But in the end, it will be up to the individual graduates themselves to choose to live and work in Montana. And for many of the students throughout the pages of this edition, they are convinced that this is where they want to do good.

After graduating from high school, Krebill didn’t want to “stick around” Montana, but a scholarship convinced her to stay and attend UM. At first, she felt a stigma associated with attending a state school, but after four and a half years, she’s convinced “you can get a great education at any of the public Montana universities.” It’s up to the students, though, to really make the most of it.