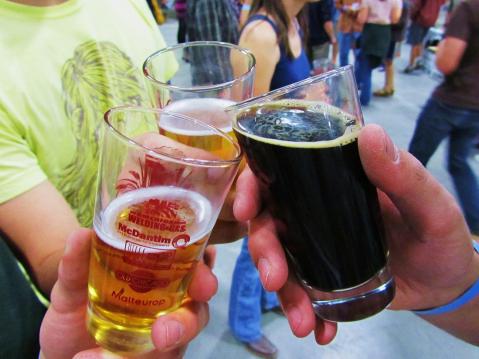 Local beers at the Brewers Festival. Photo by Brent Zundel

By Brent Zundel
For the MSU Exponent
September 15, 2011

Note: This piece was originally published as the feature in the Sept. 15, 2011, print edition of the Exponent.

Twenty-two different breweries brought a few beers each to the third annual Montana Brewers Festival last Friday, allowing Bozemanites to sample over 75 different brews. Held at the Gallatin County Fairgrounds, the event allowed attendees to sample as many beers as they wanted during the five and a half hours of general admission.

The most interesting aspect of the festival was its focus on high-quality craft brews made right here in Montana. Except for Missoula’s Big Sky Brewing, all of the larger, expected breweries were present.

Well-established breweries like Yellowstone Valley from Billings, Bozeman Brewing and Kettlehouse from Missoula served up their beers, but smaller breweries turned out strong for the event as well. While many Montanans regularly enjoy brews from the larger companies, this festival presented an excellent opportunity to sample hard-to-find beers.

Breweries from small towns like Wibaux and Red Lodge brought kegs of their beer to the festival. Due to limited distribution, these beers are often difficult to find even inside Montana. Beer from Glacier Brewing in Polson, for example, is available only in towns at about a three-hour radius from Polson. 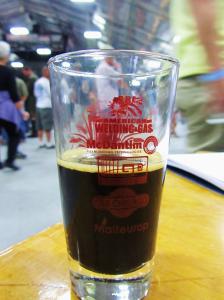 The variety of breweries attests to the importance of beer in the Montana economy. Billings, the state’s largest city, hosts four microbreweries, but even tiny Wibaux, with a population of 589 people, opened up a new brewery in 2008.

Bozeman Brewing Company has called Bozeman home since 2001, while Madison River has been operating in nearby Belgrade since 2005. The 406 Brewing Company started up in Bozeman in January 2011. All three local breweries brought their beers to the festival. END_OF_DOCUMENT_TOKEN_TO_BE_REPLACED

Oil on the Yellowstone: Our Energy Future? 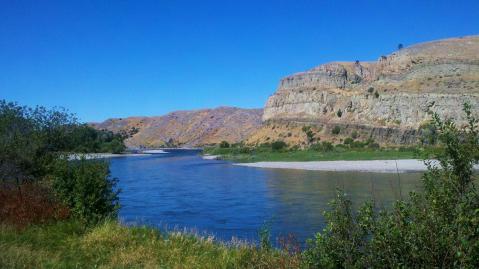 The Yellowstone River, roughly 40 miles above the location of the pipeline spill. Photo by Brent Zundel

By Brent Zundel
For the MSU Exponent
September 8, 2011

Two days before the fireworks of Independence Day 2011, Montanans found another, unexpected, flammable substance fouling the banks of the Yellowstone River near Laurel. The record floodwaters breached the Silvertip Pipeline, spewing oil into the surrounding waters.

Exxon initially estimated that 42,000 gallons of crude oil escaped into the longest undammed river in the lower 48 states, but, at that time, they also claimed that the pipeline had been shut off after only six minutes. Later, the Montana Department of Transportation showed that the pipeline was not fully sealed for 49 minutes — over eight times Exxon’s original estimate — but Exxon never updated their estimate for the amount of oil spilled. END_OF_DOCUMENT_TOKEN_TO_BE_REPLACED