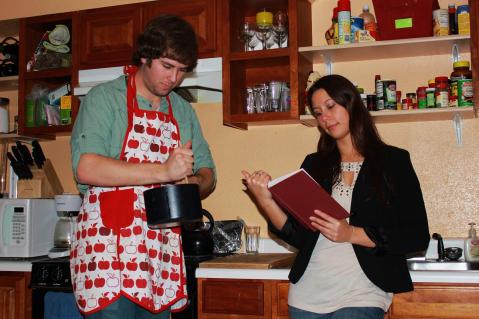 By Brent Zundel and Bizz Browning
For the MSU Exponent
December 6, 2012

Last month, MSU student Joe Thiel, a senior in chemical engineering and liberal studies, and Billings native Amanda Frickle, a College of Idaho graduate and current MSU ResLife employee, were named Rhodes Scholars. One of the most prestigious scholarships awarded, the Rhodes offers both of them the chance to study at the University of Oxford next year.

The Exponent caught up with Bizz Browning, Joe’s wife, and Brent Zundel, Amanda’s boyfriend, to see how they were dealing with their newfound fame. END_OF_DOCUMENT_TOKEN_TO_BE_REPLACED