Ted Turner’s Vague, Quixotic Quest to Save the West 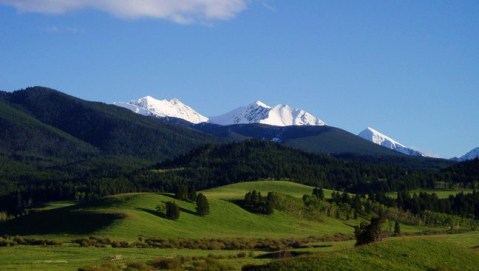 By Brent Zundel
For the Bozeman Magpie
February 25, 2014

Everyone from United Nations admirers to global environmentalists lauds Ted Turner as a hero. “Last Stand,” Bozeman-based author Todd Wilkinson’s in-depth biography, subtitled “Ted Turner’s Quest to Save a Troubled Planet,” purports to delve into this “fascinating and flawed” man, but the result is more adoring prose than objective journalism.

Apart from recycling tired and easily brushed-aside criticisms of Turner’s brash “Mouth of the South” style and Montanans’ initial annoyances with him, Wilkinson’s biography does not delve deeply into Turner’s interactions with and impact on the people living in this state.

If Turner is saving the world, why then doesn’t he enjoy that unabashedly positive reputation in Montana? END_OF_DOCUMENT_TOKEN_TO_BE_REPLACED

The Case for Ending Coal

A coal mine in the Powder River Basin. Photo courtesty itsgettinghotinhere.org

For generations, American Indians considered the arid rolling hills in the Powder River Basin sacred. From time to time, the ground would naturally catch fire, spewing smoke into the air.

The ground itself didn’t really catch fire, of course; rather, the coal locked up in it did. Today, that land is still sacred, though to a vastly different demographic. END_OF_DOCUMENT_TOKEN_TO_BE_REPLACED

This week marks the halfway point of the 63rd Legislature. As that milestone blows past us like a half-bent mile marker on a poorly patrolled Montana highway, examining the progress so far proves very telling.

If one thing has become painfully obvious, it is the startling lack of a land ethic informing our legislators. Both this and the 2011 session have contained slews of bills designed to weaken access to public lands, damage the integrity of our wildlife populations, and privatize our rights to a clean environment in favor of industry profit.

On Monday, Feb. 18, sportsmen crowded the Montana Capitol in support of House Bill 235, which would have allowed corner crossings on public land. Photo by Eliza Wiley/Independent Record.

And let’s be clear: Only one party consistently opposes reasonable solutions to many of these problems. The most recent example of the GOP’s unyielding opposition is the failure of House Bill 235, known as the “corner crossing bill.” END_OF_DOCUMENT_TOKEN_TO_BE_REPLACED

Wolves, Bison and Beer: What to Watch for in the 2013 Montana Legislature

Beneath the specter of a sluggish economy, the Republican-controlled 63rd Montana Legislature convened Monday, Jan. 7, under the watchful eye of newly elected Democratic Gov. Steve Bullock.

The Exponent is covering many important issues in this week’s edition, but I’d like to highlight some issues that, though they may fly under the radar of the university’s steady “fund us!” drumbeat, will also impact students.

The 2011 session considered a record 110 bills related to fish, wildlife and land issues. At best, most of these were simply misguided, but some would have devastated central aspects of what it means to be a Montanan. END_OF_DOCUMENT_TOKEN_TO_BE_REPLACED 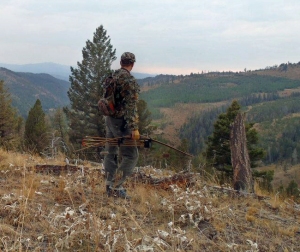 A bow hunter gazes out across a ridge. Photo by Samantha Katz, MSU Exponent

The most important season of the year

When cool winds turn Montana’s leaves shades of gold and red and the year’s first snows dust our mountain peaks, a special time of year has arrived in Big Sky Country: hunting season. For many Montanans, this is the most important season of the year. It is deeply embedded in our state’s culture and identity, even though it can seem bizarre and, perhaps, barbaric for the uninitiated. END_OF_DOCUMENT_TOKEN_TO_BE_REPLACED

The Right to Roam: A New Land Ethic for Montana

Space to roam in the backcountry of the Crazy Mountains, north of Big Timber, Mont. Photo by Brent Zundel

Montana has a strong tradition of public lands access. Our lands have united generations of hunters, anglers and hikers, but they’ve also bitterly divided private landowners, out-of-staters and just about everyone in between at some point.

Montana Fish, Wildlife and Parks (FWP) currently estimates that private landowners and businesses own a jaw-dropping two-thirds of the entire state. One need only try to find a patch of public land to hunt deer or elk in the Crazy Mountains or cast a fly in the Ruby or Shields Rivers to feel the stinging immediacy of this dilemma. For a state so firmly rooted in wild places, accessing those wild places can be an exercise in maddening frustration. END_OF_DOCUMENT_TOKEN_TO_BE_REPLACED

Bridge Over Troubled Water: James Kennedy has blocked access from the public bridge at Seyler Lane to the public waters of the Ruby River below. Photo by Nick Gevock, Montana Standard

By Brent Zundel
For the MSU Exponent
September 20, 2012

Montanans cherish our hunting and fishing heritage almost as much as we resent seeing California license plates parked at the trailheads to our favorite sagebrush hill or river hole. In this case, though, the out-of-stater is James Cox Kennedy, an Atlanta media mogul worth around $6.5 billion.

Kennedy’s long and complicated relationship with Montana centers mostly on eight miles of riverfront property on the Ruby River, a small tributary of the Beaverhead River in southwestern Montana. END_OF_DOCUMENT_TOKEN_TO_BE_REPLACED

By Brent Zundel
For the MSU Exponent
September 6, 2012

Unsettled rain clouds swirled around the Gallatin Valley and the Absarokas south of Livingston belched smoke into the surrounding air as Chris, Brian and I fled Bozeman last Friday evening. My roommate Chris and I had reunited with Brian, fresh off a summer guiding glaciers in Alaska, to try to conquer Montana’s highest point, Granite Peak, at 12,799 feet.

After Denali in Alaska, Granite is considered by many alpinists to be the hardest of the 50 state highpoints, due to its remote backcountry location, its technical routes and its temperamental weather. END_OF_DOCUMENT_TOKEN_TO_BE_REPLACED 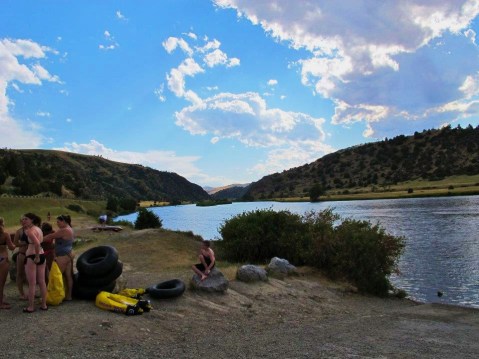 Floaters stand on the banks of the Madison on a summer day. Photo by Brent Zundel

By Brent Zundel
For the MSU Exponent
March 8, 2012

A few years ago, Montana Fish, Wildlife and Parks (FWP) prioritized each river in Montana and named the Madison River as the single most important.

International fly fishermen and local guides alike revere the Madison for its unparalleled blue-ribbon fishing, while everyone from local families to MSU students spends time floating the river on lazy summer days. In spite of all this use, the river also boasts an exceptionally intact ecosystem.

Currently, a number of concerns about the river have surfaced, including littering, congestion both on the river and at the limited number of access points, trespassing on private property and conflict between users.

Rumors that floating could be completely eliminated have been circulated by various groups, including the Moose 95.1 radio station’s website. While concerns about the management of the river are legitimate, fears that floating will be banned in its entirety are overblown. END_OF_DOCUMENT_TOKEN_TO_BE_REPLACED

Oil on the Yellowstone: Our Energy Future?

The Yellowstone River, roughly 40 miles above the location of the pipeline spill. Photo by Brent Zundel

By Brent Zundel
For the MSU Exponent
September 8, 2011

Two days before the fireworks of Independence Day 2011, Montanans found another, unexpected, flammable substance fouling the banks of the Yellowstone River near Laurel. The record floodwaters breached the Silvertip Pipeline, spewing oil into the surrounding waters.

Exxon initially estimated that 42,000 gallons of crude oil escaped into the longest undammed river in the lower 48 states, but, at that time, they also claimed that the pipeline had been shut off after only six minutes. Later, the Montana Department of Transportation showed that the pipeline was not fully sealed for 49 minutes — over eight times Exxon’s original estimate — but Exxon never updated their estimate for the amount of oil spilled. END_OF_DOCUMENT_TOKEN_TO_BE_REPLACED