Guns on Campus: A History 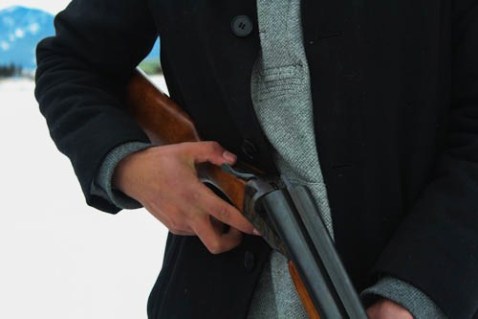 By Brent Zundel For the MSU Exponent February 14, 2013

The students who are interested, Crane said, are native Montanans, mostly concerned with storing their hunting rifles while they live in the Residence Halls during the fall hunting season. Crane, of Laurel, has worked as a tour guide for AdvoCats representing MSU to prospective students for two years.

Damon Wells, a Seattle native studying business at MSU, might be one of those out-of-staters who bucks the trend. He recently started trap shooting and also plans to start hunting now that he’s going to school in Montana.

While he’s seen some “wide-eyed out-of-staters” react to guns on campus, he thinks that gun storage makes sense for a school like MSU and has used the option himself while living in South Hedges this year.

Gun culture is something deeply imbued in the character of Montana. It’s something that’s hard to describe to out-of-staters and even to ourselves sometimes.

MSU Residence Life Director Tammie Brown contends that the topic of guns is very “value laden.” When she’s explaining ResLife’s on-campus gun storage policy during parent orientation events, she “can see out-of-state parents, as compared to rural Montana parents” by the expressions on their faces, although she is careful to couch the discussion as not only Montana versus out-of-state, but rural versus urban.

Like many other tools, guns can be — and have been — used for both good and bad, to defend oneself and to take an innocent person’s life. Today, they exist at the bottom of a contentious quagmire, serving as tools for hunters, entertainment for target shooters or avid collectors, and, tragically, implements of murder.

University campuses in particular tend to be highly regulated environments when it comes to guns. In the midst of the nation’s current convulsions over gun violence, that makes delving into MSU’s complicated, and sometimes downright odd, history with firearms important.

Roughly two-thirds of all Montana households have firearms — many for hunting, but many also for self defense, whether from a grizzly bear or, if need be, another human.

Given the high concentration of guns in Montana, MSU is a remarkably safe place to be, with only two fatal shootings in the 120 years since the university’s founding. One incident, however, left a black mark on our relatively violence-free history and left the Bozeman community pondering culpability.

Before dawn on April 5, 1948, a dozen pledges of Les Bouffons, a senior men’s fraternity who called themselves “The Clowns,” planned their annual initiation prank. They intended to blow the whistle at the heating plant before proceeding to the girls’ dormitories, where they would sing to earn their breakfasts, reported Bill Bilverstone in Montana Quarterly.

The bulk of the group tried to persuade John Martin, the night engineer on duty, to let them in the front door. Two students, however, sneaked to the back of the building and surreptitiously entered through a basement-level window.

Those students, James Peterson and Robert Stansbury, threw open the back door for the other pledges, while Martin bustled over to his desk. During World War II, a revolver had been placed in the plant as a last line of defense for the high-pressure boilers against envisioned German saboteurs.

Martin grabbed the pistol and headed off the pranksters. Peterson — who had survived 36 Army Air Corps bombing runs over occupied Europe — “took offense at the leveled gun.” Later described by his neighbors as “nervous” and “twitchy,” the engineer Martin pulled the trigger as the swarm of young men advanced on him, striking Peterson squarely in the chest.

The fraternity pledges fled the building, only to discover outside that a staggering Peterson had been hit. They loaded him into a car and rushed him to the hospital, but he died in their arms as they lifted him out of the vehicle.

Martin later endured a lengthy and contentious trial, where evidence emerged implicating Les Bouffons in repeated pranks. Throughout the trial, Martin insisted he didn’t realize the intruders were students and didn’t remember physically pulling the trigger.

He was found not guilty of “willfully, unlawfully and feloniously killing James Peterson.” The Gallatin County Attorney called the incident “an unfortunate thing.”

The Only Murder in MSU’s History

For the next four decades, MSU was spared further gun-related tragedy. Current MSU Police Chief Robert Putzke explained that for a significant chunk of time, Montana laws allowed for a university security department, which carried weapons only at night. Statutes changed sometime in the 1990s, allowing MSU to form a standard police department that is “armed like any other.”

But the MSU police weren’t the only armed people on campus.

Late in the morning of May 15, 1990, the disastrous freshman year of Brett Byers culminated in the worst act of violence MSU has ever seen. Byers had been regularly skipping classes and had already lost $4,000 gambling. He was tired of other guys in the dorm bullying him and suspected that some of them had been vandalizing his pickup truck.

After spending the night drinking wine and then slamming his pickup into a parked vehicle while spinning a doughnut, he reached for the sawed-off shotgun he stored in his truck. Sneaking into Langford Hall, Byers reached the rooms of two sleeping students who had been teasing him.

He shot each of them twice. Brian Boeder, of Minnesota, and James Clevenger, of Billings, died at the hospital a few hours later. “Who would want to do this to me?” Boeder asked before dying.

At 2:20 a.m., Byers fled the scene in his pickup and headed for his hometown of Great Falls. Police were waiting for him in Helena, though, and he led them on a high-speed chase before crashing through a highway fence and into a gas pump and two power poles in Helena.

Byers was later sentenced to 165 years in prison, where his father has continued to visit him nearly every Sunday for over 20 years. In 2007, Byers was denied parole. This remains the only murder in MSU’s existence.

“‘You know the guy who stole all the guns? I was his roommate.’ I still introduce myself to Quad residents that way.” Although he was never in any danger, Ryan Bovy unwittingly spent more time around firearms than many seasoned Montana ranchers.

“You know the guy who stole all the guns? I was his roommate.” —Ryan Bovy, MSU senior

Connor Kraegel, a freshman at MSU during the 2009 – 2010 school year, was the roommate with all the guns. On Feb. 8, 2010, Kraegel stole 11 guns from the Bozeman Bob Ward and Sons sporting goods store. Those 11 guns included a .308-caliber rifle, multiple .223-caliber rifles, several pistols and a 12-gauge shotgun.

But the situation ran much deeper than that. According to his roommates, he had been storing — and apparently stealing — guns for much longer. Kraegel began stealing and illegally selling night vision goggles and body armor stolen from his summer job in Yellowstone National Park as a senior in high school in Poolesville, Maryland.

Bovy, a current MSU senior, had two more suitemates in addition to Kraegel.

In addition to the theft at Bob Wards, for which Kraegel was sentenced to 15 months in prison, he allegedly sold guns and other “articles of war” to clients in Germany, Norway and Denmark. Bovy recalls an invoice with different makes and models that Kraegel hung in the common area outside the room in Quad E that they shared.

A Bob Wards employee studying at MSU saw a flier on campus advertising some of the stolen firearms for sale. The university and Bozeman police departments teamed up and contacted Kraegel, posing as an interested buyer. They completed the purchase off campus and promptly arrested Kraegel.

Many of these guns were hidden in Kraegel’s bedroom, against ResLife policy. Kraegel had told his roommates that some of the larger guns he kept stored in the dormitory were from his duties as a member of ROTC, a college-based training program for commissioned officers in the armed forces, and no one thought that storing firearms in a dormitory in Montana was a particularly big deal. Bovy believes that Kraegel’s charisma and good nature also eased any worries.

Although no one was ever in physical danger — and some Quad residents often admired the firearms or played with the night vision goggles together — the fact that no one stepped forward to tell the Resident Assistant what was going on was “heart-wrenching,” Bovy said.

At an after-the-fact Quad-wide meeting, the hall’s Resident Director asked simply, “Who knew?” As all the residents in attendance looked around, every single hand in the room slowly raised. Knowledge of the guns ran Quad-wide.

As segments of our nation confront gun violence and state legislatures search for balanced approaches to regulation, guns have proven exceptionally difficult to talk about, with polarized reactions on both sides.

Perhaps one of the most important things to note, according to ResLife Director Tammie Brown, is how safe MSU actually is. In a recent interview, she explained that MSU has adjusted its gun storage policies to balance both safety and convenience in a pragmatic manner.

ResLife allows students to store their weapons on campus with the hopes that it means they won’t try to sneak them into their rooms or leave them in their cars. Brown believes that strategy has worked well and keeps guns out of the volatile mix of emotion, stress, and occasional drug and alcohol use that is inevitable in the halls.

Currently, gun storage is provided in Roskie, North and South Hedges, Langford and Johnstone. Most of those also offer gun cleaning rooms. Freshman Damon Wells explained that both of those systems have worked well for him this year.

Joe Sullivan, the Resident Director of Langford, noted that his building is also under 24/7 key card access only. “It makes our jobs as staff much easier,” he said.

If anyone violates the gun storage policy — perhaps by hiding a firearm in their room — Sullivan explained that ResLife “always overreacts rather than underreacts” to the potential problem. Brown expanded, saying that violators are immediately evicted.

Currently, Montana statute allows for the Board of Regents to set the policy for guns on each individual campus. Guns are not allowed on MSU’s campus with the notable exception of on-campus storage for residents.

As value-laden debate surfaces across the state and across the county, it is imperative to look holistically at the history of firearms on campus. For example, Montana’s legislators are currently considering bills like HB 240, which argues that the Board of Regents cannot restrict guns on campus because of rights guaranteed by the Montana Constitution.

Brown, for one, has worked toward a practical policy that acknowledges guns are an important part of Montana, but seeks to manage them in the safest way possible.

In a way, then, MSU’s approach to managing guns is a bit like promoting safe sex on a college campus. Guns will always be a fixture of Montana culture, just as sexual exploration is expected of college students. University policy acknowledges such inevitabilities and pragmatically encourage safe practices, while simultaneously mitigating unnecessary risks with an open, inclusive environment.